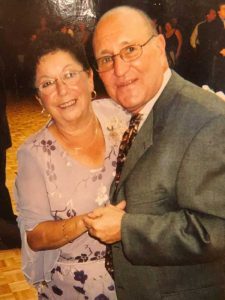 “My father was in the garments industry in Manhattan. He sold embellishments to women and children for over 30 years. You know things like, buttons on a shirt, chords on sneakers, fringes, lace, tassels, piping and smocking. This was at a time when everything was made domestically so my father did well. All these years, my mother took care of my father. She was healthy so whenever my father was sick, she took care of it. However, in 2009 my father was really sick and never fully recovered from it. That is when his dementia symptoms started. Even as my father’s disease progressed, my mother was always there for him. It wasn’t until 2016 that she could no longer care for him as she suddenly passed away. With my mom not around anymore, and my dad requiring more care each day, we didn’t know what to do. At first, my dad’s brother moved in with him, but it was becoming too much for him as well. In the period following, my dad was in and out of different memory care facilities that promised they could take care of my dad, but every one eventually kicked him out. Throughout this time, Millennium was reaching out to us. We finally decided to give them a shot when the director Galina promised us this would be the last place my father would ever have to go. So far Galina has kept that promise and the care my father is receiving is pretty damn good. The people who work at Millennium are unbelievable and have a special passion for what they do. My father is clean, fed well and has really flourished.”  – Robert G.

Walking into a New Home 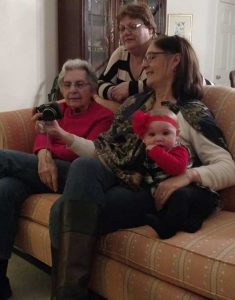 “My sister was a private secretary for AT&T. She liked what she did and did it for a long time. She was a homebody, and never really engaged in anything too social. When she got older she belonged to a few senior clubs just for something to do but she was never too heavily involved in anything. Except for walking. All her life she liked to walk and still enjoys it today. Over time, my sister suffered from memory loss and was eventually diagnosed with Dementia and Alzheimer’s. We got my sister the care she needed in a very large facility. However it was too expensive and the quality of care wasn’t great. Even with all that money, the facility recommended we bring in outside care to help. We did it, anything to make my sister more comfortable but it still wasn’t enough and now we were paying double the original price. We brought my sister to Millennium after the first place. The care is completely different here, it is more 1 on 1 and no outside help is required to care for my sister. In her first home, she didn’t have much space to walk. There were a lot of long hall ways and she could easily get lost walking around. At Millennium, she has a safe place to walk and is looked after much better. Her condition is pretty severe and she no longer remembers us when we visit her but her son and I still go as much as we can. How can you not go visit her even if she’s not the same? She is my sister after all.” – Marlene G. 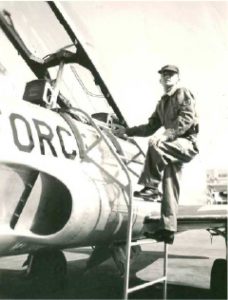 “My father was a pilot in the air force and air national guard. He was part of an alert group that made sure the fighter jets were refueled. After his service in Vietnam, he served a long tenure in the Air National Guard piloting New Jersey Governor’s Brendan Byrne, Thomas Kean and Christine Todd Whitman. 8 years ago my father was diagnosed with Dementia. He was put on a plan to slow its course but as my mother (his wife) got older, he required 24/7 care. At the same time, my father was suffering with paranoia episodes. Concerned for my father’s diminishing health, we began searching for a memory care facility to address his needs and paranoia. My father spend a brief stint in a facility that he described as a jail. His career in the military was sporadic by nature so he was always on call and never had a regular routine. When his previous facility enforced a strict regimen of eating, activities and medicine, his paranoia got worse.  We moved my father to Millennium a few months ago, they developed a plan around my father’s needs and behavior. Now he eats when he wants and is allowed to stay up late if he’s up for it. He calls Millennium home and loves the community and staff there. Since moving to Millennium, he hasn’t had a single paranoia episode. I am very happy we moved him so he can get the specific care he needs and live a happy life.” – Keith S.

If you would like to learn more about Millennium Memory Care, please fill out the form below and someone will get back to you as soon as possible.

How Millennium Memory Care Has Managed the COVID-19 Crisis

Due to the Coronavirus pandemic and for the safety of our residents, Millennium Memory Care cannot accept visitors at any of our locations. We will continue to accept new residents into our memory care community for Respite or Full-Time residency as needed and available.

All new residents will undergo a rigorous screening before admission to protect the welfare of our current residents and associates. If you have a memory impaired patient/client and need for a secure community, or if you have any questions regarding our current policies and protocols, please reach out to Galina Markovitch at (732) 523-5797.